The following are key points to remember from this American Heart Association Scientific Statement on the diagnosis and management of myocardial infarction in the absence of obstructive coronary artery disease (MINOCA): 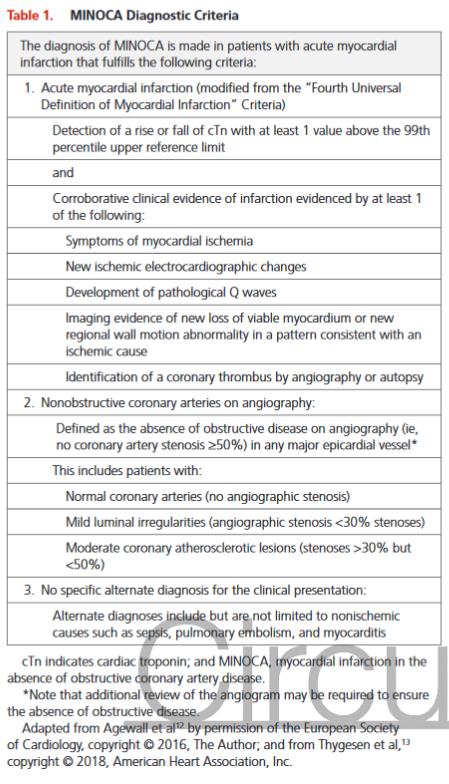